Q&A with Lauren J. Rivera, writer and producer of the webseries LINKED. 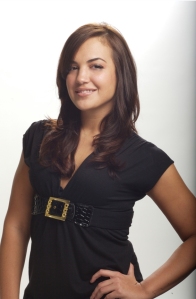 When did you start writing and producing webisodes?

LINKED is my first webseries. I’ve always been a writer of fiction, but never wrote for screen until now.

What do you hope to accomplish with the LINKED series?

I want to intrigue people with the storyline and become attached to the characters. I also want people to see that the characters are played by Latinos, but that the story is not boxed by the boundaries of race or ethnicity.

Watch a trailer for the first episode of LINKED here: http://tinyurl.com/5qe96v

How did you come up with the idea?

My friend Pablo Díaz, Jr., and I came up with the idea of a short film we were going to title “Missing.” That short film is webisode 1. After releasing the trailer, people we’re intrigued and confused it for a webseries. They wanted more. The overwhelming demand led to the decision to transform it into a 14-episode series.

Is there a take-away message for Latinos/as?

Simply, to not let Hollywood dictate the kind of roles Latinos can play. If there isn’t a Latino character who has supernatural dreams, create that role yourself.

Why a web series? Do you think this is the wave of the future?

Many people in my generation watch TV online. And now, thanks to mediums such as Facebook and MySpace, generations older and younger are becoming hugely Internet savvy. I think it’s only a matter of time before Internet television takes over.

What’s the next step for you, Lauren?

If we can generate ad sales for a second season of LINKED, we will greenlight the production. I already have a plot mapped out. Otherwise, I will continue to work on other projects via the production company I am creating with my friends Jona Aldebot and Jaime Fernández.